Lotte World Tower is a 123-floor supertall skyscraper that sits on the banks of the River Han in Seoul, South Korea. The tower has a height of 555.7 m (1,823 feet) and includes an obligatory observation deck. The fifth-tallest skyscraper in the world was unveiled on the 3rd of April 2017 with a spectacular fireworks display. The final floor was built in December 2015 and the skyscraper opened officially in April 2017.

Lotte World Tower includes office space, a seven star hotel, an observation deck and a rooftop cafe. The architects wanted the building to be eco-friendly and included solar panels, wind turbines and water harvesting systems. The glass-floor observation deck on the 118th floor gives visitors a bird’s eye view of the city.

KPF is not just any company. The company has designed 5 of the skyscrapers on the top ten list of the tallest buildings in the world (April 2017):

Construction started in 2011 and the project opened to the public in April 2017. 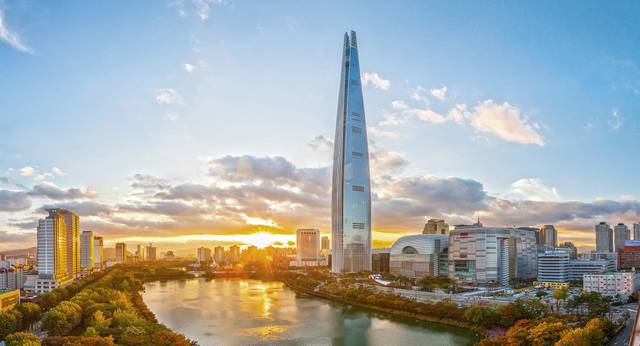 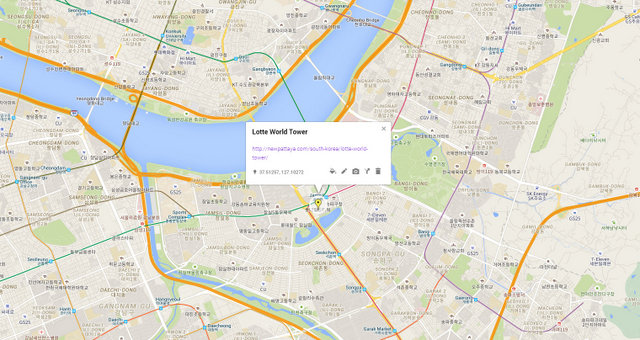