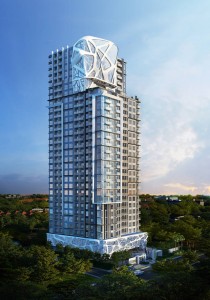 The Sky Jomtien is the latest project from Matrix Developments. This is a 30-storey high-rise with 285 units – it is expected the project will be launched around 1st December 2012. The development will be located on Bun Kanchana Road (บุณย์กัญจนา) in Jomtien, in the same area as Park Lane Jomtien Resort, Paradise Park and Amazon Residence that are all projects from Matrix Developments.

Units varying in size from 24 sqm to 96 sqm are available. The first three floors will be used for covered parking and the swimming pool will be located on the 24th floor.

Future projects from Matrix may include both low and high-rise buildings in the same project. I have a feeling Matrix has gotten the taste for high-rises by now – this stuff can be addictive for a certain kind of people…..

In 2011 Matrix Group won the OPP (Overseas Property Professionals) Best Developer – South East Asia gold award. On 10 October 2012 in London, Matrix were named amongst the best overseas developers in Asia receiving a bronze award at the continental level. I guess they must be doing something right to receive all these awards.

The Sky Jomtien is scheduled to start construction in Q2 2014 and completion is expected December 2016.

On 6 November 2013 it was announced that The Sky Jomtien has received EIA approval. 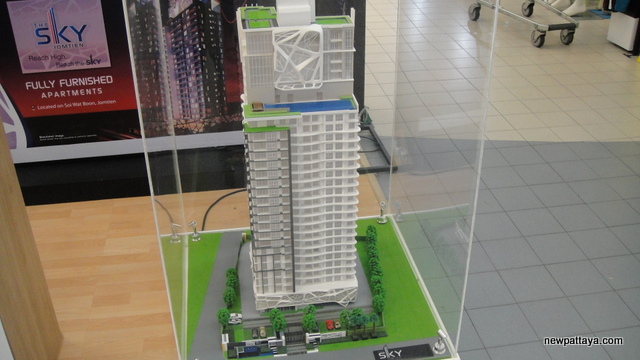 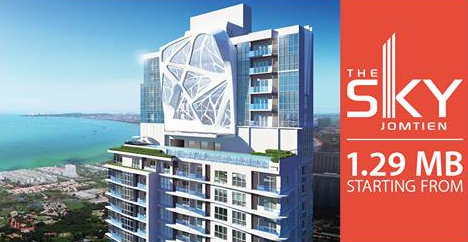