The Base Central Pattaya | Development | Promoting the new Pattaya

The Base Central Pattaya 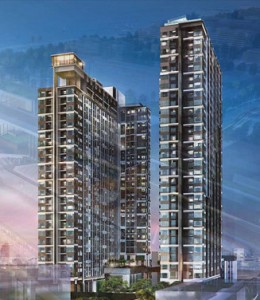 The Base Central Pattaya is the latest high-rise development in Pattaya from Sansiri. The Base Central Pattaya comprises two towers, 28 and 31 stories respectively with a total of 1112 units ranging in size from 28 sqm – 70 sqm. It is quite unbelievable that we will get another 30-storey high-rise on Recond Road. It is very exciting news and it is even more exciting that Sansiri will be developing this project. We already have another 24-storey high-rise under construction on second road opposite Big C North, a hotel development called Siam@Siam Design Hotel Pattaya.

The Base Central Pattaya will be located on Second Road between Soi Diana Inn and Soi 11 also known as Soi Honey Inn and there will be an entrance from Second Road. These two sois are party sois, this is where you go for a beer or a massage. There is a large piece of undeveloped land right behind LK Renaissance Hotel and this is the perfect location for a condominium development. Perfect, because we are close to the beach and close to the Central Festival Pattaya Beach complex that is located within walking distance, probably not more than a couple of hundred meters away.

Did you know that the main building contractor at The Base Central Pattaya is Construction Lines Co., Ltd.? This may be the first time we see that company in Pattaya. 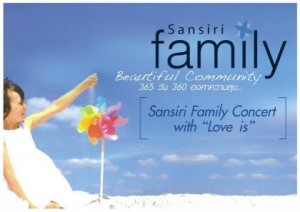 I knew that sooner or later the developers from Bangkok would come to Pattaya and I knew they would end up dominating the market but I did not anticipate it would happen so quickly. I don’t mean to unnecessarily dramatize the situation but there has been a severe change in momentum regarding the property development in Pattaya signaling a change of direction with new companies taking charge and leading the way. Sirisa is a giant in the development industry, a giant that can easily crush any opponent. Sirisa has a strong financial background but that is not the only reason why the local developers should fear them. It is a thai company with deeply rooted connections to the thai middle and upper classes. A thai customer faced with the choice of buying a condominium from Sirisa or from a foreign developer will at any time choose Sirisa. You don’t really need to know much about the property market in Bangkok to understand that Sirisa has an invaluable reputation in the development industry.

All points to that the good times have come to an end for the local developers. LPN Development will take care of the lower segments of the market while Sirisa will deal with the middle and upper segments. And then we have not even considered what will happen when the other 20 mega developers from Bangkok enter the local scene. Click on the link above to see how many developers from Bangkok are coming. For the local developers Sirisa and LPN could be seen as The Borg: Resistance is futile. My guess is that the local developers will need to look elsewhere. This is Thailand and Thais prefer to do business with other Thais. And when the foreigners find out what Sansiri has to offer they too will prefer Sirisa. This kind of news tend to attract attention and spread fast on the internet. What is hot and what’s not? – Sirisa is hot and The Base Pattaya is even hotter!

As mentioned, Sansiri is a company with a very good reputation. Sansiri serve mostly thai buyers that are very loyal and return to buy units in their new developments. If you have a good product you will get a good reputation and if the developer is a thai it is even better – this is indeed the case for Sansiri. The Base Central Pattaya will be a fast selling development, of that there is little doubt. We are not talking “maybe it will” or “probably it will”, we are just stating a fact. Name of developer, location and price, that is all it takes. And the success will quickly lead to more launches from Sansiri. Read more about Sansiri and LPN winning the property war in Pattaya here.

Price started from 1.99 MB. Unfortunately Sansiri charge foreigners more than thais just like the local developers in Pattaya do – I looked at a unit that cost 3.35 MB for thais and 3.7 MB for foreigners, a difference of 350.000 Baht.

Remember where you read this unique piece of information. Unique information is our specialty, it is all provided by Thailand’s one and only Property and Construction Guru.

A lot more is happening on newpattaya.com in the near future. We quickly became the biggest and most powerful property site in Thailand. We may be big now but that is nothing compared to what is coming. We will be 100 times bigger. What is the recipe for this success? Just be honest, curious and tell the truth.

This is the 31-storey building A. Red colour means the units are sold, grey means they are in the process of being sold. This is what Sansiri can do in a little more than one day. This is the first day of the pre-selling phase. Many local developers struggle with only 30 – 40% sold during 1 year and this clearly shows why Sansiri is feared by the local developers. They are not happy that somebody is doing so much better than they are, not happy at all. We should mention that Sansiri is famous for selling all units in just 1 day. I call it the “Sold-out-in-one-day company”. The 35-storey Edge Sukhumvit 23 by Sansiri comprising 443 units sold out in just 1 day, pre-sales started 15 february 2013 and was completely sold out the same day. Selling all units in just one day is not unusual for Sansiri, it is a bit scary that Sansiri is such a strong company. 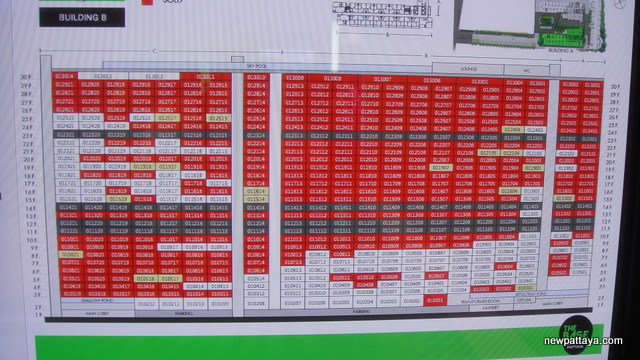 I had to go to this exhibition. Nobody else reports from big events like this so I had to do it myself. If I want a job well done I must to do it myself. I am kind of used to it by now but why must it always be me? Why is the babysitter always better than, well, who else is there? I surely can’t find anybody. 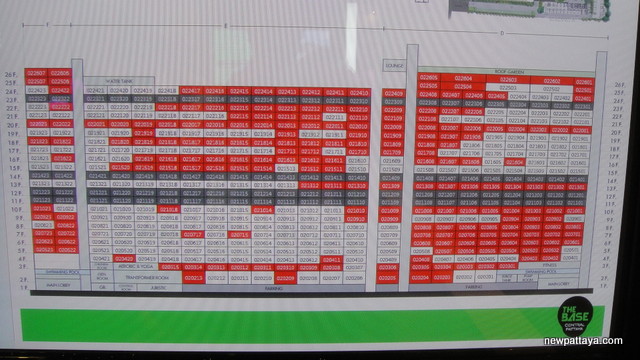 Below you will find 4 pictures of the showroom. 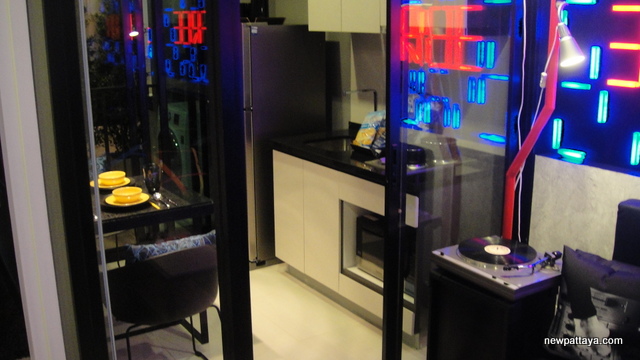 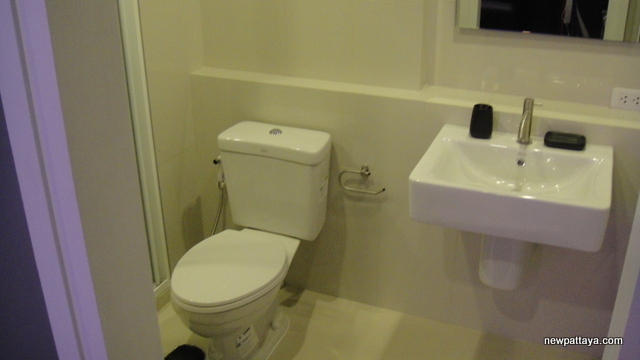 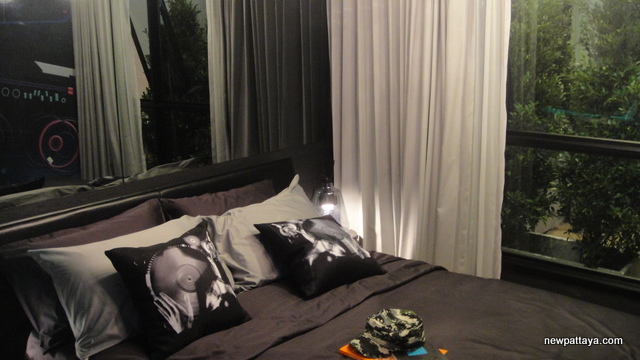 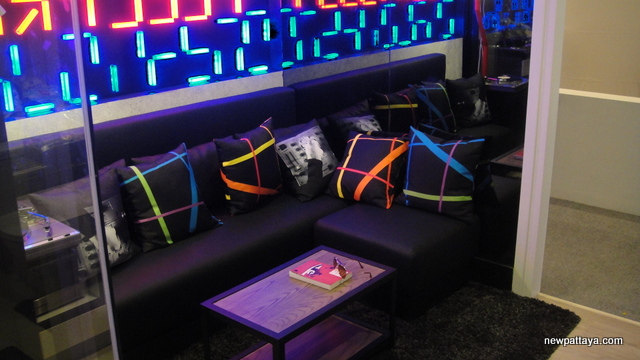 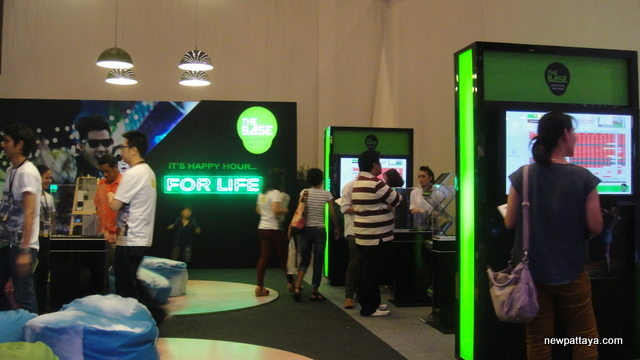 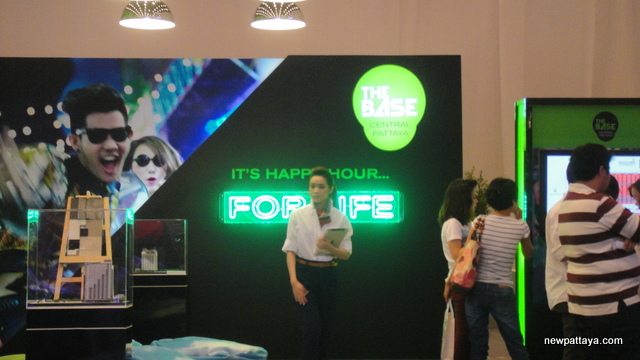 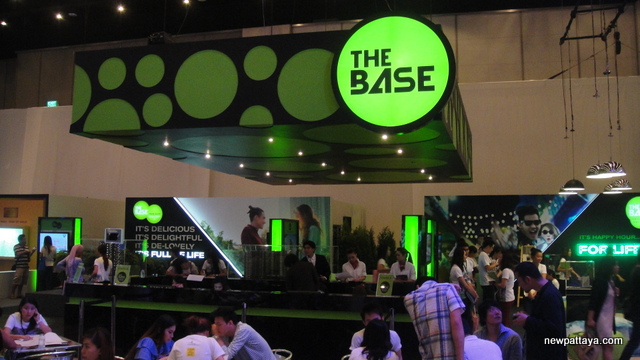 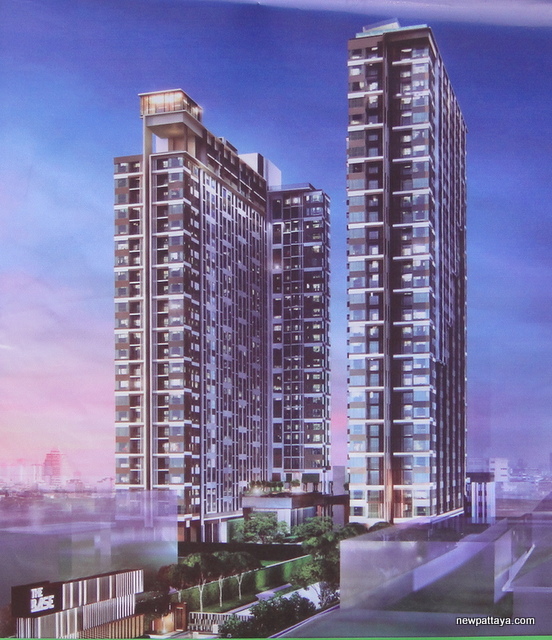 Fantastic Baby, we are the first to get pictures of the sales office on Second Rd. 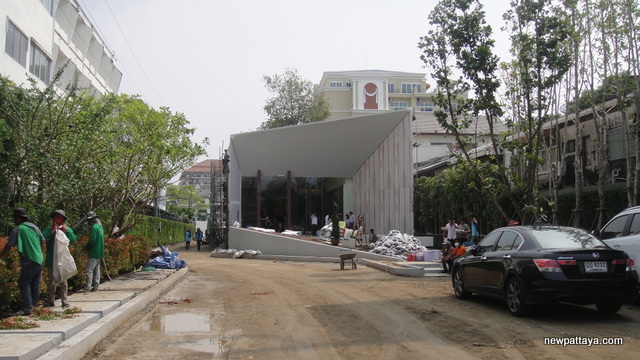 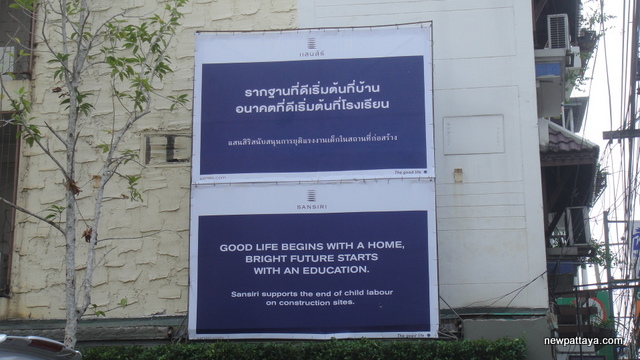 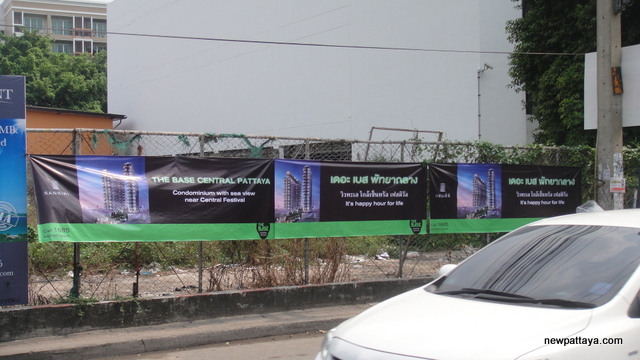 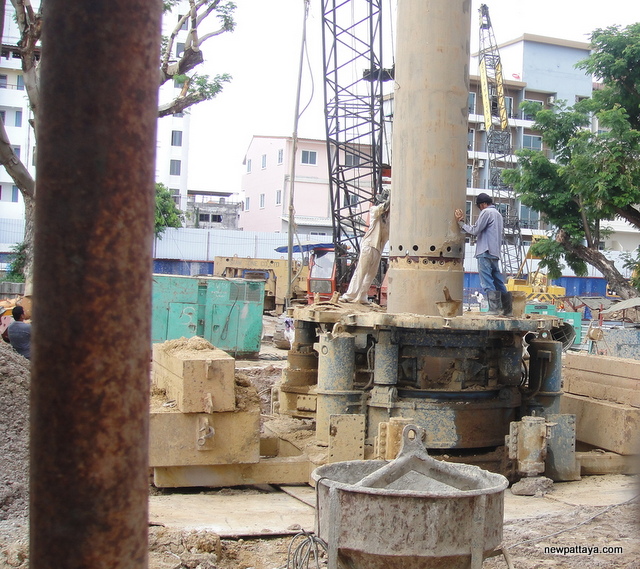 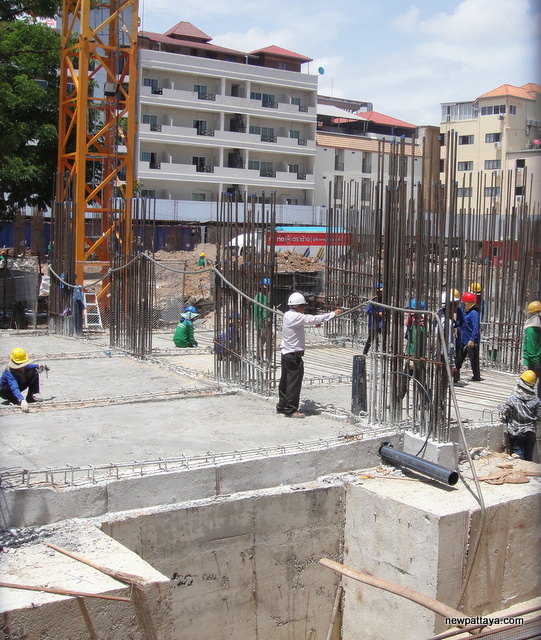 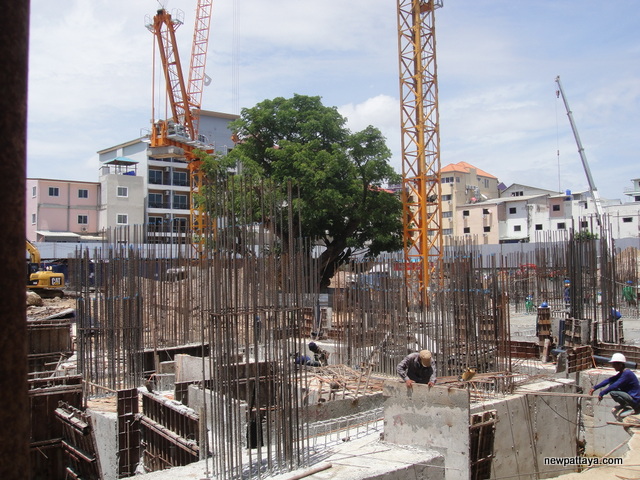 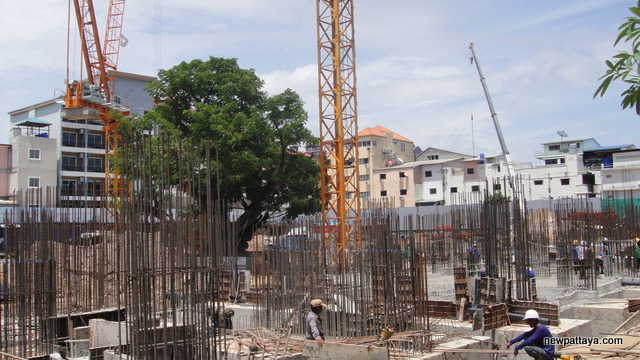 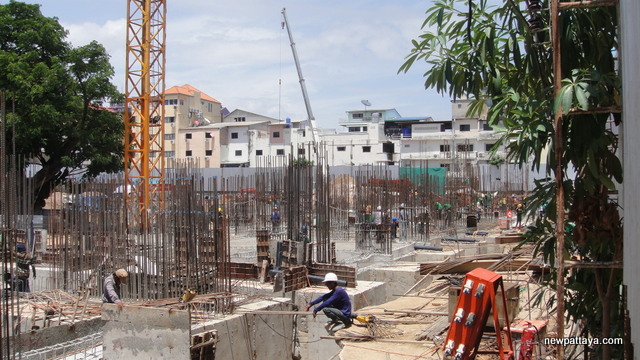 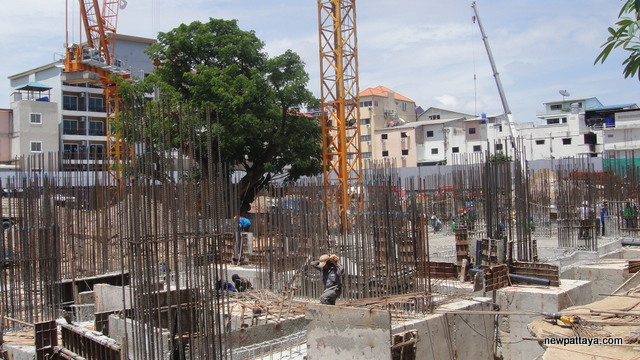 A lot has happened at The Base Central Pattaya during the last month. I expect topping off in about 6 months time. Once they get started they work fast. 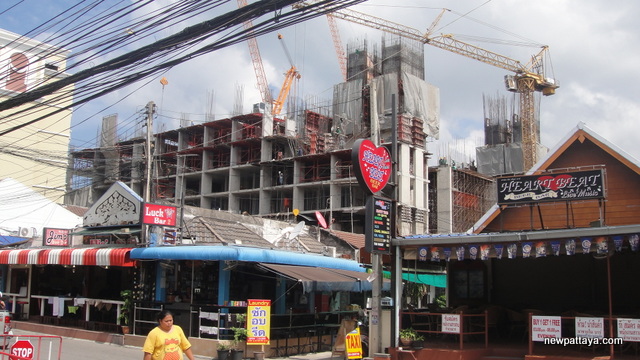 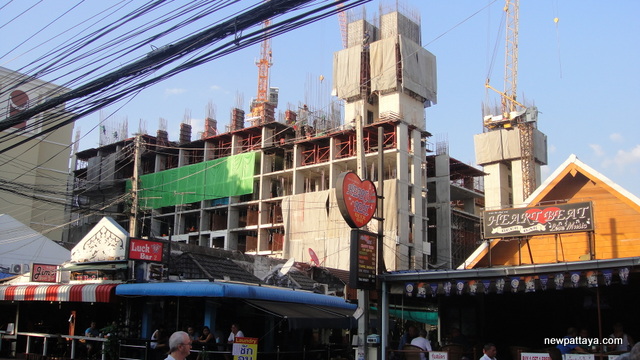 They are using prefabricated concrete walls at The Base. 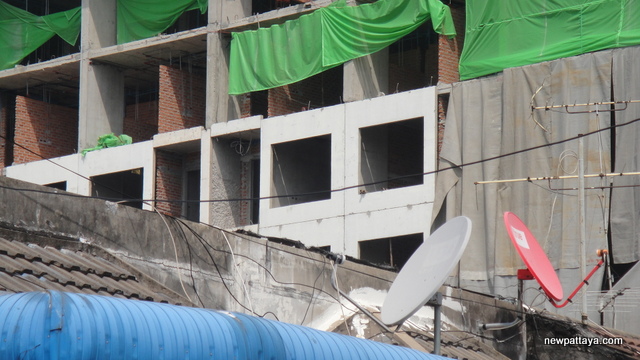 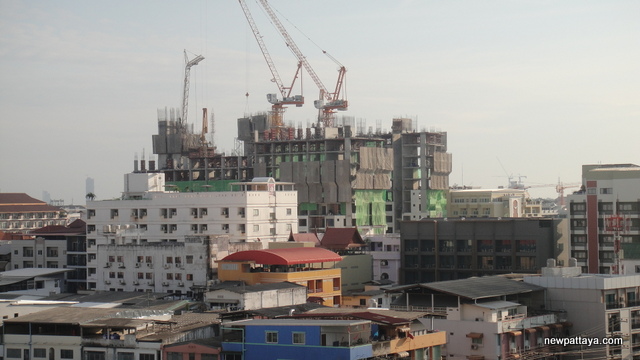 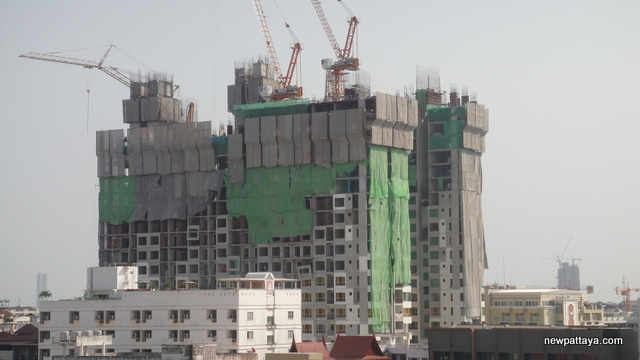 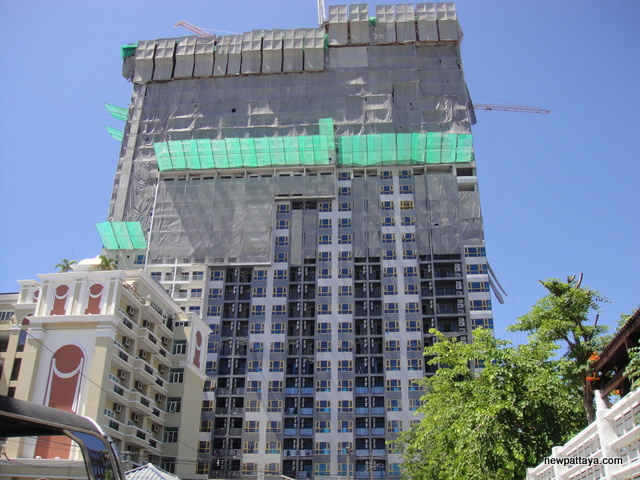 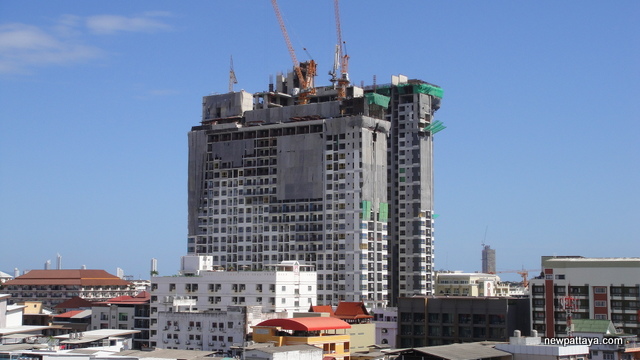