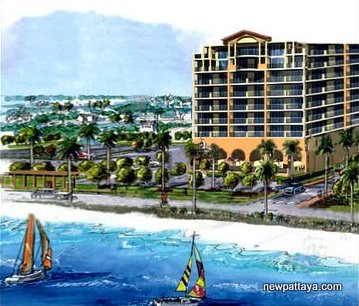 Royal View Talay Condominium, an 8-storey residential condominium was released to the market on the 1st of september 2007.

There were to be 77 units with prices starting at 34.000 baht per square meter. Construction was scheduled to start in 2007 with completion january 2009.

The developer was Richard Ian Silver known from The Pattaya Info Magazine.

Who in Pattaya knew Richard Ian Silver? Another Ian from Bangkok Pattaya Hospital did.