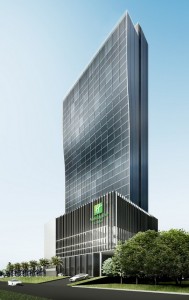 Holiday Inn & Suites Rayong will be situated adjacent to the Laemtong Shopping Plaza, it will be a 31-storey building with one underground floor. The hotel will have 300 rooms, a combination of 240 guest rooms and 60 suites.

Syntec is the main building contractor.

Holiday Inn & Suites Rayong City Centre will be the first international branded hotel in Rayong’s city centre. Holiday Inn & Suites Rayong is located close to some of Thailand’s major industrial parks including the Eastern Seaboard Industrial Park and Map Ta Phut Industrial Park. There is the Rayong Marriott Resort & Spa that opened october 2011 but is is located almost 40 km outside the city center.

Rayong attracts a large number of business travellers due to its close proximity to these industrial parks.

IHG manages IHG® Rewards Club, the world’s first and largest hotel loyalty programme with over 73 million members worldwide. The programme was relaunched in July 2013, offering enhanced benefits for members including free internet across all hotels, globally.

IHG franchises, leases, manages or owns over 4600 hotels and more than 674.000 guest rooms in nearly 100 countries and territories. With more than 1000 hotels in its development pipeline, IHG expects to recruit around 90.000 people into additional roles across its estate over the next few years.

Visit www.ihg.com for hotel information and reservations and www.ihgrewardsclub.com for more on IHG Rewards Club. 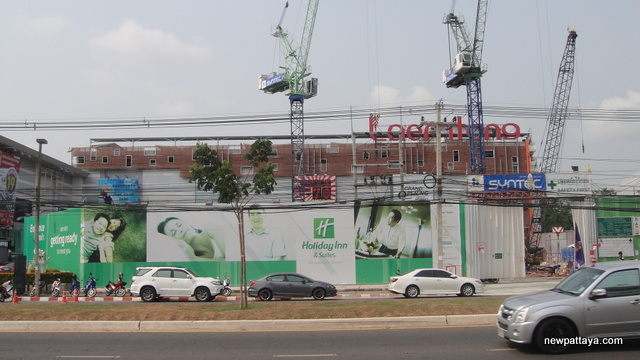