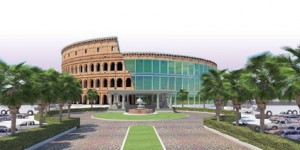 22 April 2013: Colosseum Show Pattaya is apparently the new place in town for transvestite cabaret shows. Many of you will have heard of Alcazar’s or Tiffany’s Transvestite Shows in Pattaya and now we will have one on Thepprasit Road right next to the new Ratanakorn Market on Thepprasit. Read more on their website and their Facebook site.

This brand new tourist attraction under construction is almost completed. Some of you may have heard of the amazing and famous Colosseum in Rome, now we also have one in Pattaya. Believe it or not, Europe is coming to Pattaya, not just the people and tourists but copies of entire buildings can be found here also. This 400 million baht development is destined to become a new landmark in Pattaya and you will get world class entertainment there. Colosseum Show Pattaya will open soon, perhaps already May 2013.

3 September 2012: We are once again is the first to report about new construction going on in Pattaya. This time it is a 3-storey building located on Thepprasit Road. Is it a condominium development? Is it a hotel development? No, this is going to be a theater (โรงละคร) and a Film Studio. These guys are doing a very nice job on this circular building. I am afraid I do not know much more at the moment but we will all know more soon. Think about that, a new theater coming to Pattaya. 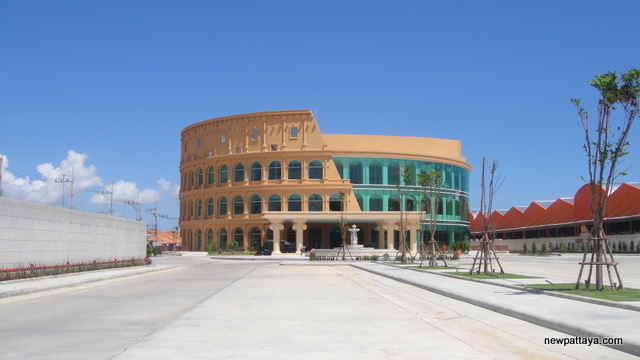 An unusual building, unusual architecture, I like it, therefore lots of pictures. The place is crawling with ladyboys even before the official opening, I believe they are rehearsing for a show. 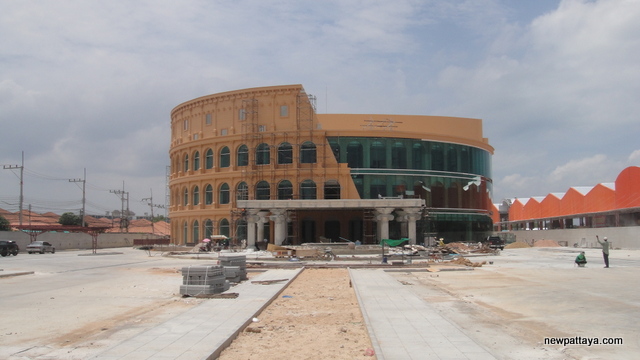 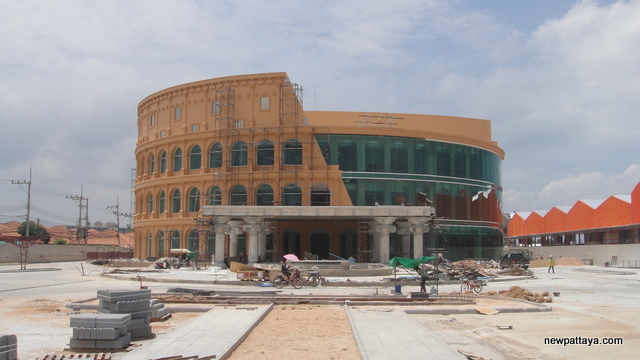 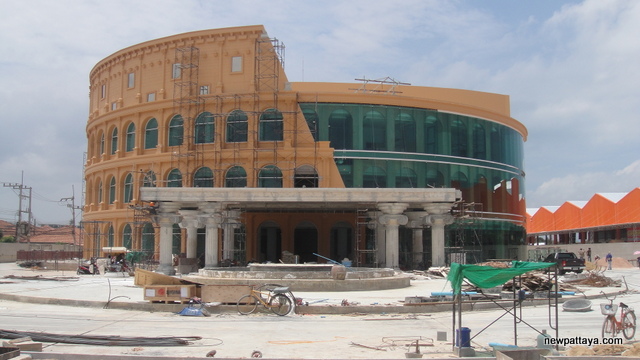 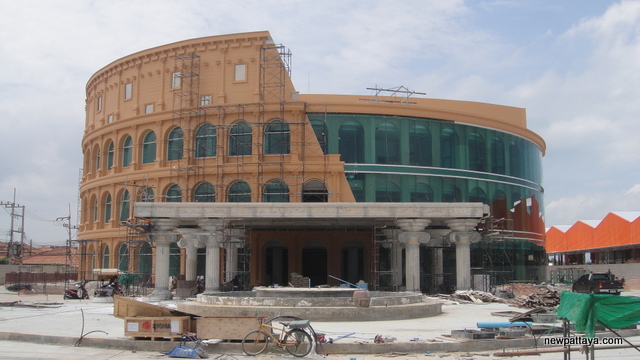 Of course we must have a chat with the workers, always fun to talk to the workers. Leading a very hard life, yet still always smiling. I’m on their side. 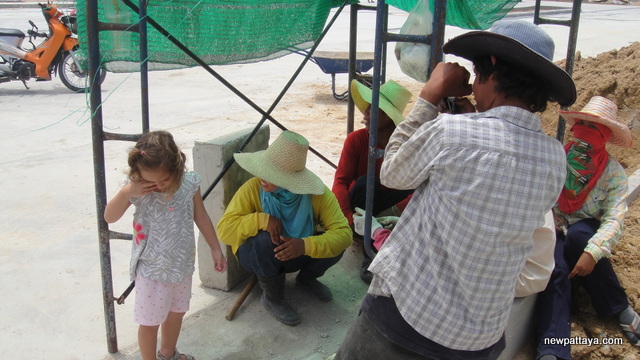 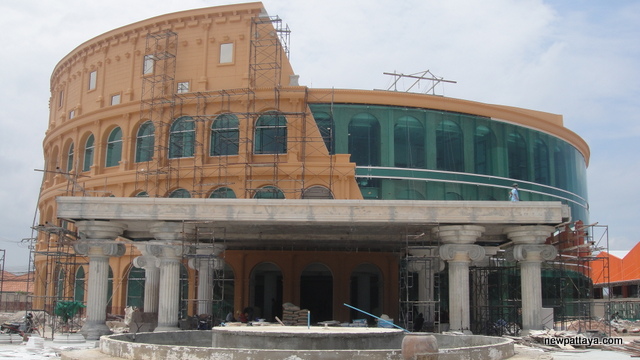 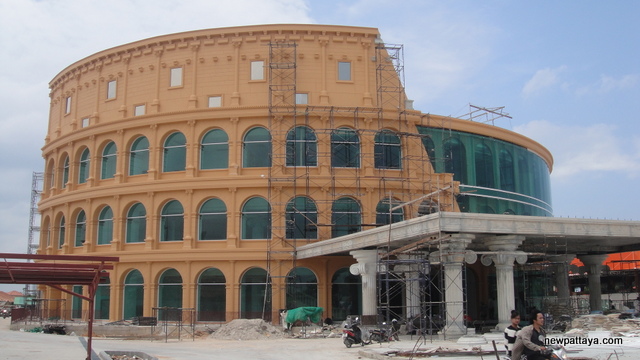 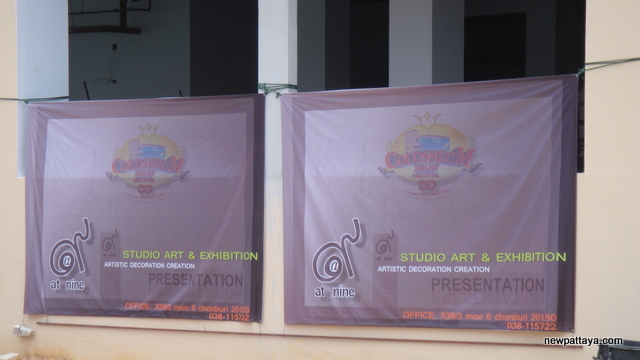 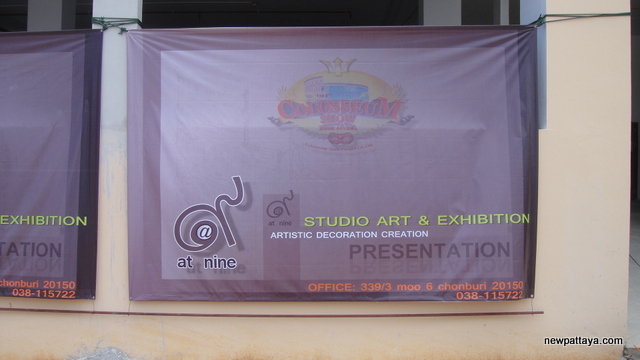 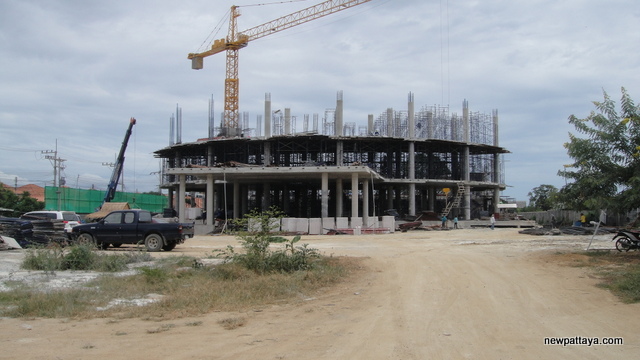 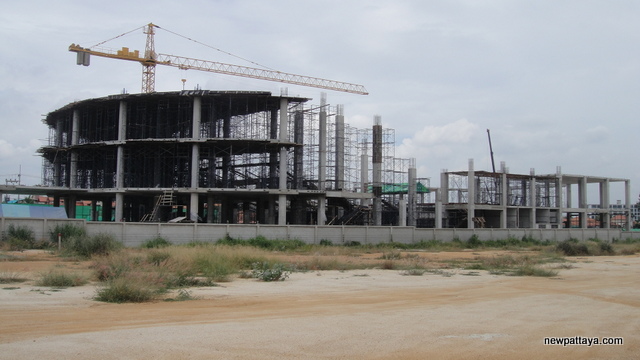 Below you will find a picture dated 26 September 2012. 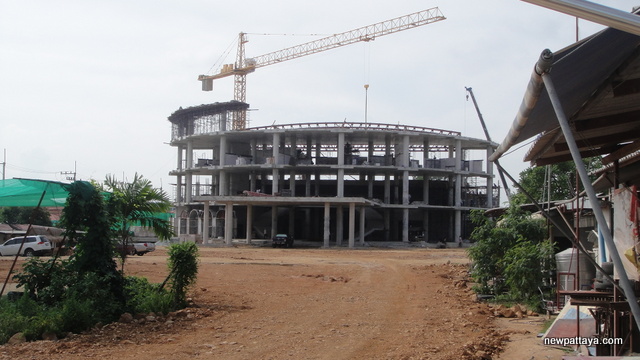 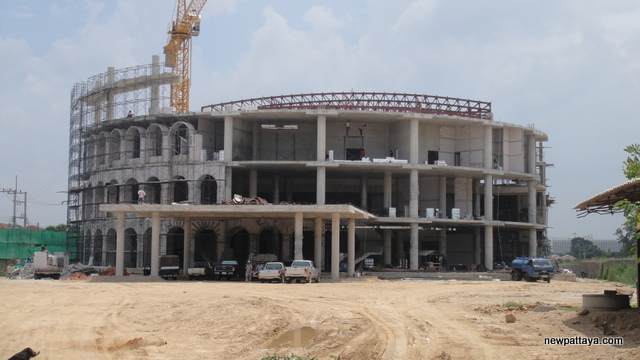