1-Tower Condominium is a new 20-storey high-rise building located in Pratumnak Soi 4. The project comprises only 218 units. This is a good location with good sea views. There is just 95 meters to Dongtan beach.

There will a choice of studios, 1-bedroom, 2-bedroom and 3-bedroom configurations, with sizes ranging from 23 to 150 sqm.

All units include fitted kitchen, luxury bathroom, built-in wardrobe and air-conditioners. 75% of the units has panoramic sea views.

The project received EIA approval on 7 October 2013 and piling started in November 2013. According to a reader the last movement at the construction site was in February 2014, if that is true there has been no activity from February 2014 – August 2014.

We took a look on 28 July 2014 and could confirm that there was no construction activity at the site. Thanya Building Co., Ltd. is the main contractor, in Pattaya we know the company as the main contractor at The Vision. The contractor has left all the building equipment at the site, including crane, bulldozer and excavator. This suggests that the project has been put temporarily on hold, for this there can be many reasons.

21 August 2014 there was construction activity at the site again, it looks like business as usual.

Other projects by the developer include Beach Front Jomtien Residence. 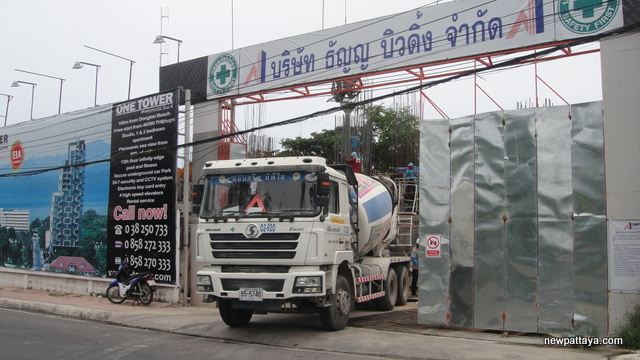 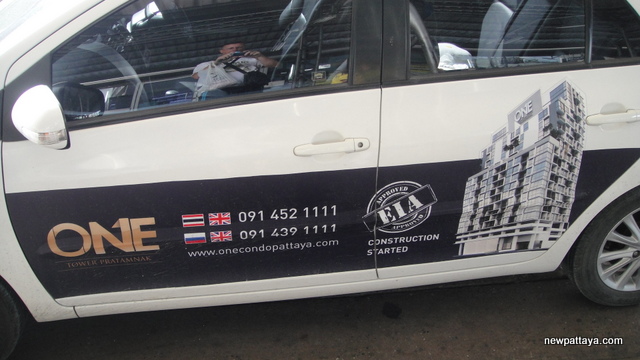 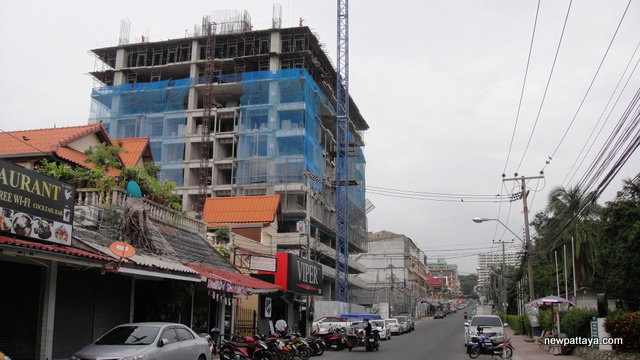 The pictures were taken 5 November 2015 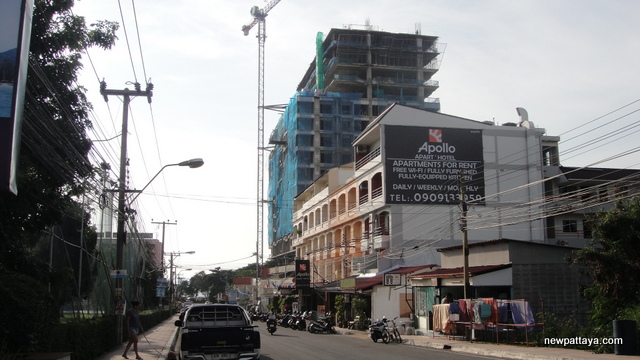 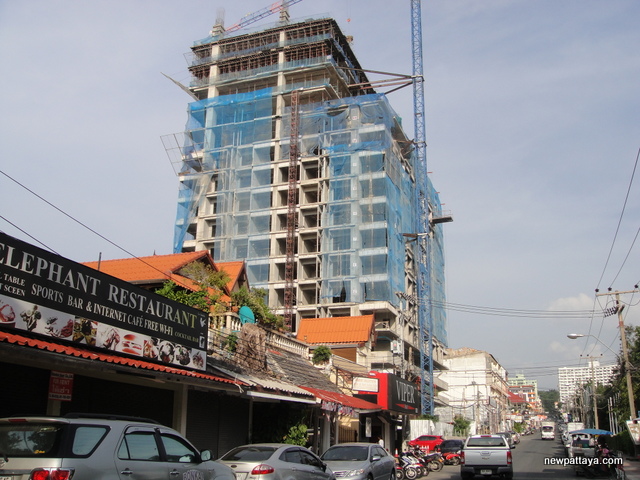