Trump Tower New York is a 58-storey mixed-use tower located on Fifth Avenue. It is 202 m tall (664 feet). The tower is developed by Donald Trump and The Equitable Life Assurance Society of the United States. The tower is the headquarters of The Trump Organization and Donald Trump owns a penthouse there where the Trump family resides.

Trump Tower NYC is a mixed-use development with retail, office, and residential units. The tower includes seven levels of retail, 13 floors of office tenancy, and 38 floors of luxury condominiums with about 270 condominium units. The building is designed by Der Scutt of Swanke Hayden Connell Architects, a company that filed for bankruptcy in 2015.

In 1979, Trump bought the Bonwit Teller flagship store situated at the site. At the time he was just a young lad of 33. Soon after construction of Trump Tower NYC started. The building was completed by the end of 1983 and the residents could move in in 1984. 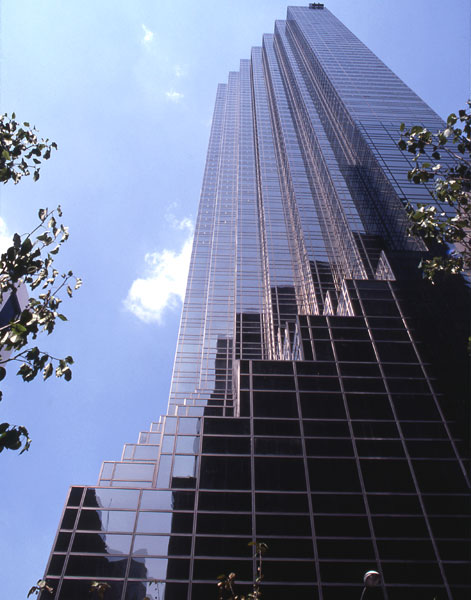 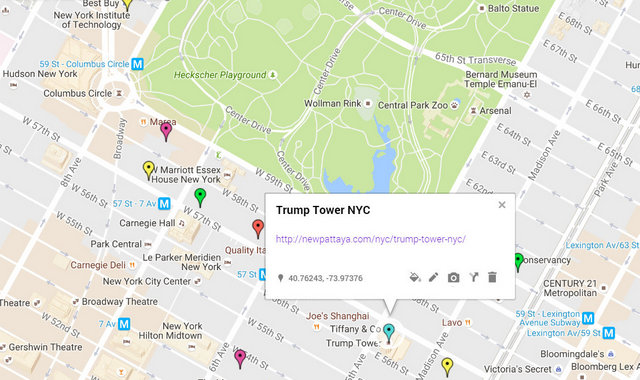