A story about Money, People and Property Bubbles | Development | Promoting the new Pattaya

A story about Money, People and Property Bubbles 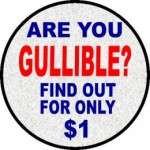 Once upon a time there was a very poor man who had no friends at all. He did not have any money for transportation so he had to walk if he wanted to go somewhere. One fine day as he was walking down an empty road in the countryside, he stumbled upon a hollow tree. Curious as he was, he took a closer look. Inside the hollow tree he found a very big leather bag containing a treasure. There were diamonds and gold worth billions of dollars. The poor man was now suddenly a very wealthy man. All that money opened up the door for him to become a developer in Pattaya, that had always been his dream.

The man got more and more friends the more successful he became. Each time he launched a new development they all came to his launch party to wish him good luck, they even showed up at his birthday to congratulate him. Naturally when a development was completed all these friends also showed up for the celebration of the project completion.

Never had the man been more happy, he felt that all these friends were a blessing. Then one fine day, without a warning, the property bubble burst because too many developers were launching too many projects at the same time. The man went bankrupt, he lost everything, he even ended up owing money to the banks.

No problem, I have a lot of friends and connections, he thought. I am sure they will help me back on my feet again. But somehow all his good friends were too busy to answer the phone when he called, they never answered his emails anymore.

The man had learned a tough lesson, he had learned that good friends are very hard to come by. He now knew that people have a treacherous nature guided by the instinct of survival. Most people will always follow the money stream, that is how they survive in a tough world.

The man decided he would not be so easily tricked or manipulated by others anymore, he had learned a lesson the hard way. Rich or poor, our time on this earth is limited so let’s get the most out of life and try not be gullible.

The tale is told in the famous song, ‘Down and Out’
“Once I lived the life of a millionaire…..nobody knows you when you’re down and out”