As a matter of fact I do follow ALL the projects in Pattaya. I know exactly which projects are showing signs of trouble (or bubble).

There are many projects in a state of limbo where nothing has been happening for the last two years at the construction site. I know all about these projects. However I do not know the exact reason why construction has not started. A possible reason can be low sales numbers, it can be problems with getting the EIA approval, there can be many reasons for a delay. It may even be technical problems causing a delay. 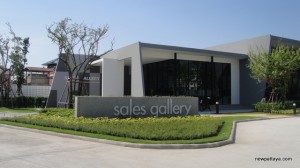 Then there is the dcondo Thepprasit project with 462 units by Sansiri. The sales office was completed in february 2013 but there is NO mentioning of the project anywhere. It is possible they have withdrawn the project from the market due to the reasons mentioned in my article. For your information, we are the only website in the world that has written about dcondo Thepprasit, it is unknown to all others.

The developers that release the latest sales numbers are usually the ones that are doing good.

Then there are the customers. They invest, pay the booking fee, pay the monthly amount during construction and when the day comes when they are supposed to hand over the last 30% or 50% of the full amount on completion, also called the key money, there will be a percentage of the customers that are not able to do so. They either don’t have the money or the bank has turned the application for a loan down. It is a fact that more customers are denied a loan.

Some of them were investing believing they could resell during the pre launch or construction period, they were NOT able to do that. They lost the condo, they lost their investment.

Developers are also facing greater difficulty when applying for loans for condominium projects, loan approval has indeed become more difficult. The banks require a higher percentage of presales, now about 50% or in some cases even more. Obviously even the banks are concerned about an oversupply in the market. Some developers have also increased the sum of the down payments.

Some banks need to see the project’s EIA approval before they will consider giving a loan. Times are getting tougher.