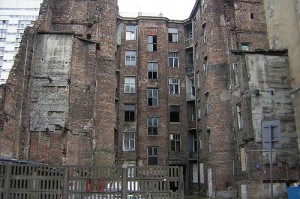 The big question that many are asking themselves these days is what will the effect be of the many sub 1.000.000 Baht condo’s being built in huge developments all around Pattaya and in Jomtien in particular.

The theory is that when developers build in excess of 1000 condos per development and when they target the 1 million baht buyer, there is a high risk they are creating the future ghettos.

All the shine might be nice for a while, but when the paint fades and the gloss wears off, those developments might turn into ghettos or slums.

We have seen it happening especially in the US, groups of poor people that are loud, inconsiderate and uneducated move into a neighbourhood and quickly turn it into a ghetto.

The people that can afford to move out will do so quickly whereas the less fortunate are stuck because nobody will want to buy.

Some years ago, right here in Pattaya, there was a developer specializing in building townhouse estates comprising several hundred townhouses targeting the 1 million baht buyer.

What happened? After harvesting the fruits the developer left the project behind and then things started to go downhill. The first couple of years everything was fine but then there was a neighbourhood decay. People stopped paying the maintenance fees and nobody wanted to be in charge of the village affairs.

First the 24-hour security disappeared. Then the lights in public areas were turned off and finally there was the problem with collecting the garbage. Stray dogs freely entered the village creating problems.

The ones living there now are mostly the poor people that can’t afford to move elsewhere. There are people living there for whom the main purpose of life is getting drunk as often as possible. The neighbourhood is now a noisy area with mainly loud, inconsiderate and uneducated people living there.

Condos in the 1000++ unit developments might be flipped a few times, sold for profit at early stages but if the developer leave the project after completion we may get a problem. After a decade the people living there might be the poor that have no other place to live.

For your information, it costs a lot of money to to maintain a large housing development and it is unlikely the developer himself will absorb the costs. A monthly maintenance fee of about 2000 baht may not sound as much but it amounts to 24.000 baht per year and if the yearly income of the condo owner is 100.000 baht there will be a problem.

L.P.N. does NOT leave their projects behind, that is not just a good thing, that is the right thing to do.

If the majority of the condo owners either don’t have the funds or don’t care about paying the maintenance fees we all know what will happen. It has happened in other cities around the world, let’s hope it does not happen in Pattaya.