Bluport Hua Hin Resort Mall is a joint project between The Mall Group, Thailand’s second largest retail chain, and Proud Group owned by the Liptapanlop family. Proud Group is under the management of Proudputh Liptapanlop, the daughter of famous veteran politician Suwat Liptapanlop.

This will be the eighth retail project under the Mall Group and the second provincial branch after The Mall Korat in Nakhon Ratchasima.

Proud Group is the parent company of Proud Real Estate which is the real estate development arm of Prayoonwit Group, one of the largest and oldest civil construction companies in Thailand. Proud Real Estate is also developing a mega project in Bangkok, Park24 Condo Sukhumvit 24.

Furthermore, Proud Group is the owner of InterContinental Hua Hin Resort, a hotel that was honored as ‘Best Hotel in Thailand 2013’ by the Asia Pacific Hotel Awards.

Supaluck Umpujh from The Mall Group that owns Siam Paragon and Emporium, is known as the iron lady of retail. She is very much involved in this 4 Billion Baht project which she is co-developing with the family of Suwat Liptapanlop.

The shopping centre will probably offer the usual mix of restaurants and cinemas, possibly also a water park and a five-star hotel under the InterContinental Hotel chain.

For those that don’t know it, Hua Hin is a charming resort town in Prachuap Khiri Khan province, located 220 km south of Bangkok. In october 2012 it was announced that the shopping centre is scheduled for completion in 2015.

December 2013, 14 months after the announcement, there is still no activity at the construction site. They keep pushing the opening date. 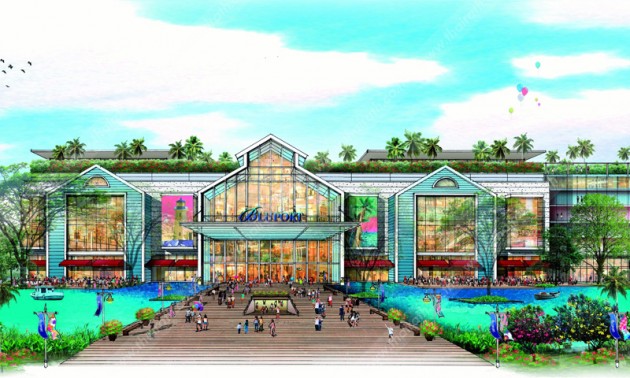 The photos were taken 5 December 2013 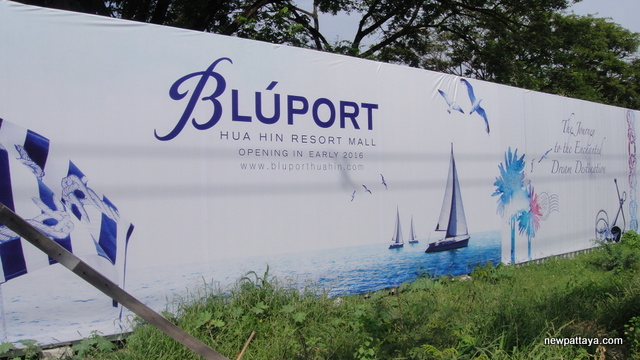 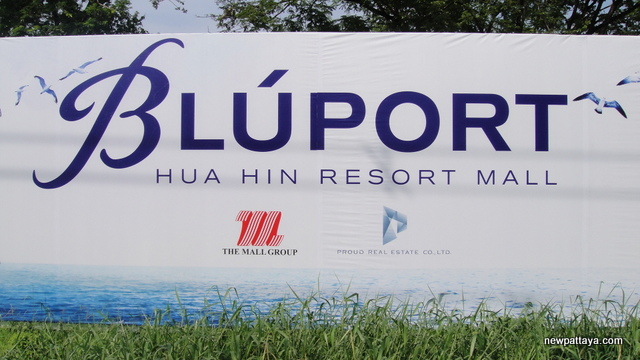 Bluport Hua Hin Resort Mall was announced october 2012. December 2013, 14 months later, there is still no activity at the construction site. They keep pushing the opening date. 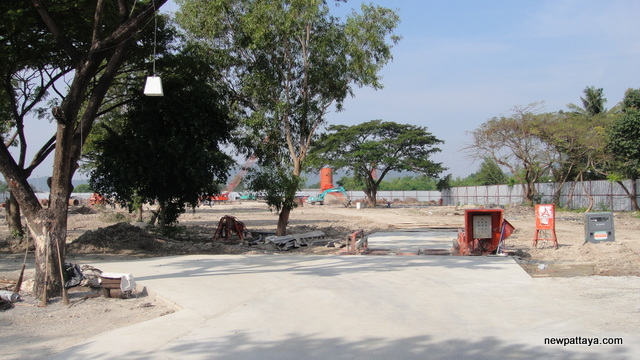 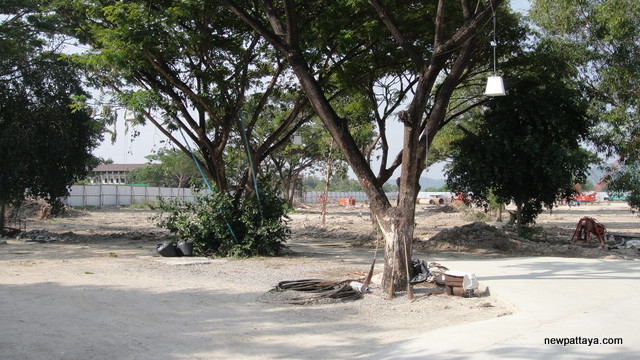