Supalai Monte @ Viang Chiang Mai is a 32-storey residential development with 734 units including 4 commercial units. The development is located on the so-called superhighway near Central Festival Chiang Mai.

Studio, one-bedroom, two-bedroom and three-bedroom units are available varying in size from 33 – 122 square meters. The starting price is around 1 million baht or 37,800 baht per square meter.

A pre-sales event took place on 9 – 11 November 2012 and I believe the project was sold out in just one day’s time.

Nearby places of interest:

Supalai Monte II is a new high-rise project by the same developer. There was a pre-sales event for that project during 15 – 21 December 2014. 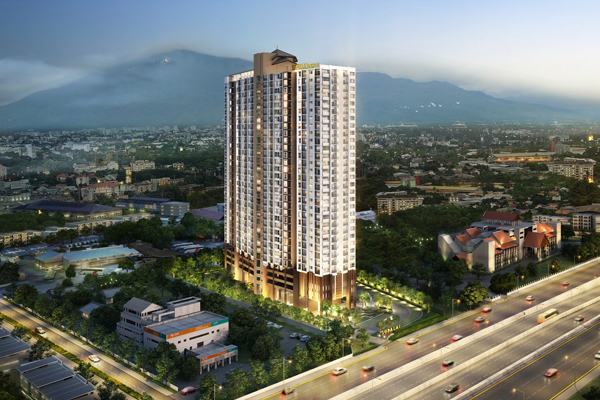 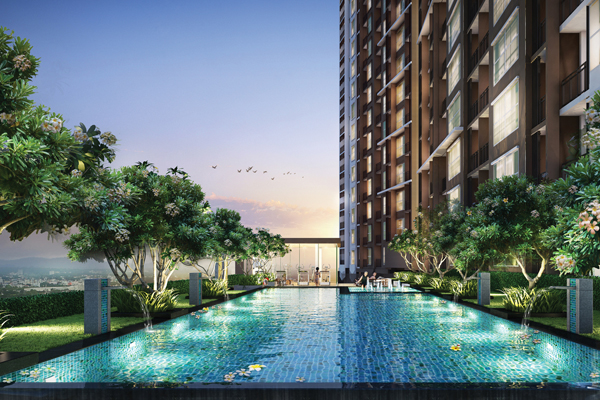 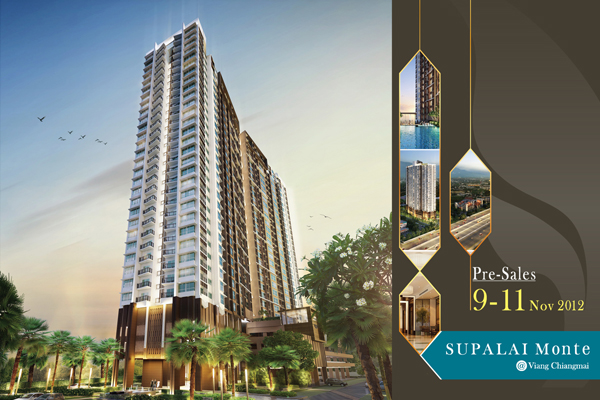 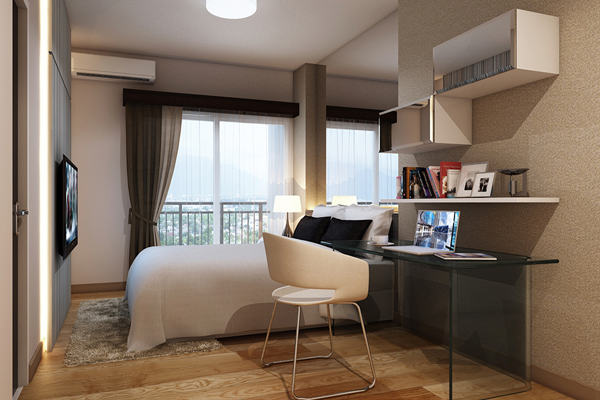 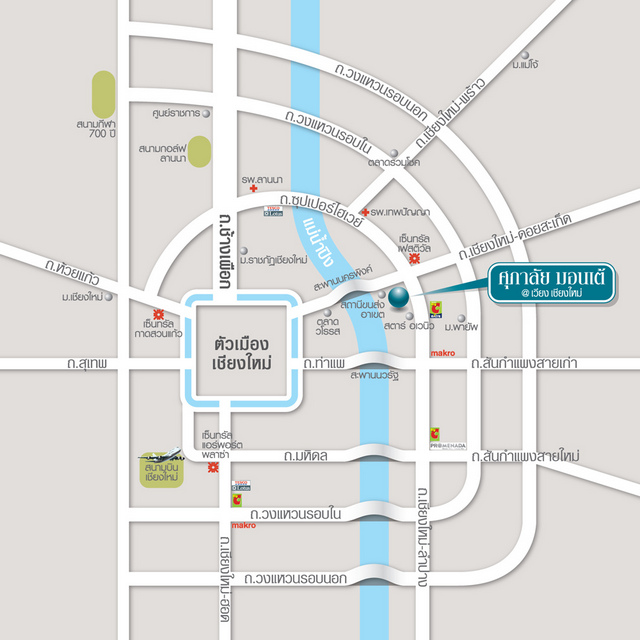 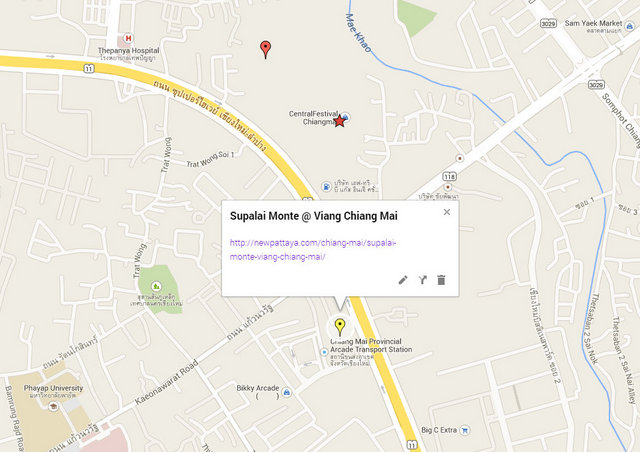