The Bangkok Mall by The Mall Group

The Bangkok Mall by The Mall Group is set to become the company’s new flagship project, aiming at becoming one of the largest all-in-one shopping and entertainment centers in Asia. They call it The Grand Metropolis of The Mall Group, a world class entertainment mall. The shopping complex will be located at the intersection of Bang Na – Trat and Sukhumvit Road and it will be connected directly to Udom Suk BTS Station. This will be a 650.000 square meter shopping mall occupying about 100 rai opposite Bitec – Bangkok International Trade and Exhibition Centre – in Bang Na.

As the only independent news provider that know Bangkok like our own pocket, we can mention that The Sky Sukhumvit, a residential project currently being developed by Property Perfect, is located adjacent to The Bangkok Mall. The newspapers in Bangkok will write only what they are told, we go further beyond that since our knowledge goes much deeper.

The Bangkok Mall will not just be a shopping center but a world class retail and entertainment complex including a theme park and a water park. There will 14 cinemas and parking space for 8000 cars.

Other malls in the Bang Na area include Central Bangna and Mega Bangna.

The Mall Group is investing more than Bt20 billion in the Bangkok Mall project. The complex is destined to become a city within a city.

The Mall Group is currently investing between 50 – 60 Billion Baht in six world class shopping centres. Four of those are located in Bangkok, The Emporium, The EmQuartier, The Emsphere and The Bangkok Mall.

In Hua Hin the company is developing BluPort in collaboration with Proud Real Estate and in Phuket the BluPearl Phuket shopping complex will be developed close to the Central Festival complex. Let it be no secret that The Mall Group and Central Group are arch-rivals. With that in mind it is extremely likely that The Mall Group will soon launch a huge shopping complex in Pattaya. The Mall is coming to Pattaya, the city is simply too important to be ignored.

Usually Supaluck Umpujh, the vice chairman of The Mall Group, is the one that handles public relations and the media and reports all about the company’s latest projects.

Construction will start at the end of 2014 and they will need about three years time to complete the project, so we are talking opening by the end of 2017 at the earliest or some time in 2018. Malls of this size are often delayed for a number of years as part of the public relations game. Bear in mind that news about The Bangkok Mall was released exactly at the time when the arch-rival had the grand opening of Central Embassy on the 9th of May 2014. The timing was not a coincidence, it was all carefully planned. 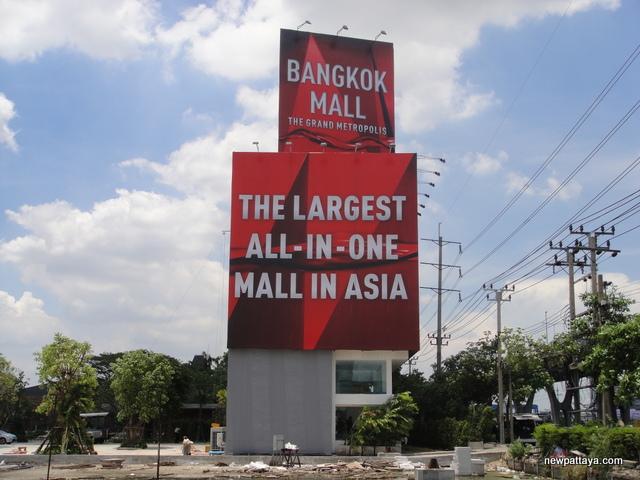 This is the site. It is huge. 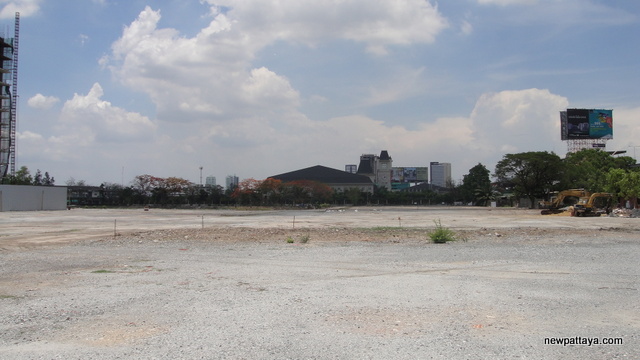