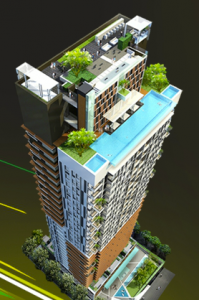 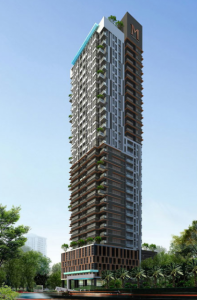 Major Development was pre-selling M Phayathai at Siam Paragon in July 2010. The launch of the two M brand projects M Silom and M Phayathai was delayed in 2009 because of the global recession, and again in the first half of 2010 when the country faced political problems. There is also a third M project called M Ladprao located on Phaholyothin Road opposite Central Plaza Ladprao.

It may seem like a long time ago and people forget easily but the crackdown on the Red Shirts occupying Ratchaprasong took place during April – May 2010 and that was indeed very uncertain times for the kingdom. Political problems are destructive for the country and for the economy as a whole.

PBL Group Co., Ltd. is at the site, I am not sure whether this is the main building contractor or the contractor doing the foundation works. 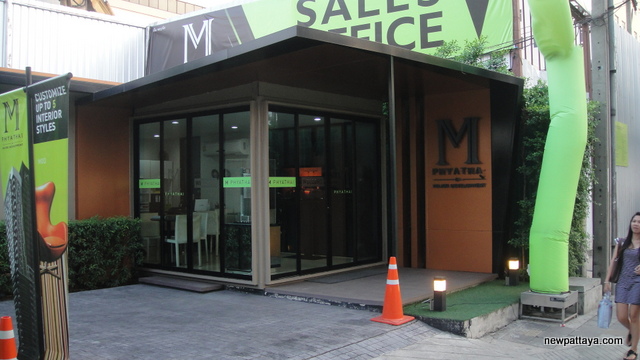 The high-rise has not started rising from the ground yet but most likely it is going to happen very soon. 2013 will be an exciting year for M Phayathai. I estimate completion by the end of 2014. 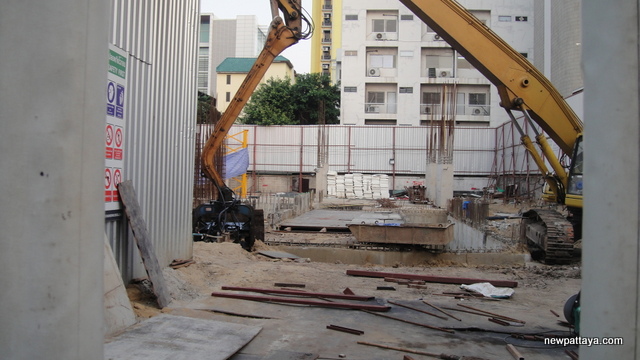 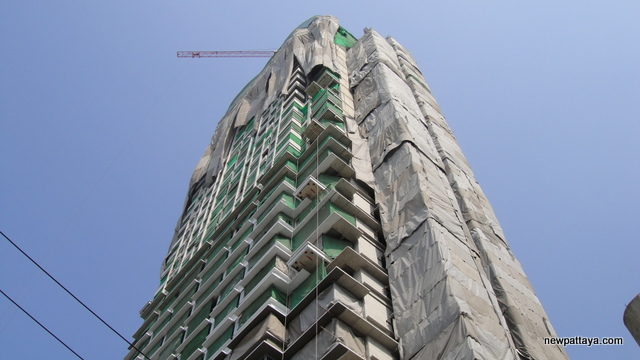 In the advertisement below you can see that the price starts at 5.5 MB. I have to admit that this advertisement is designed in a very creative way. It certainly looks good and it is also funny to see the BTS train and the Victory Monument. Smart people put a smile on my face. Love it…. 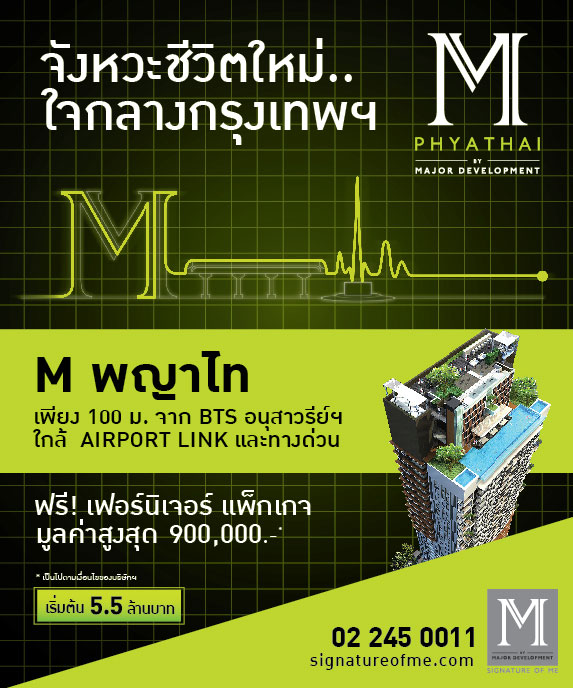