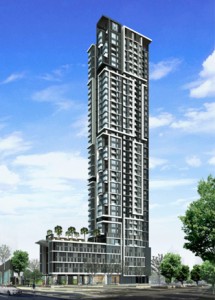 M Ladprao or M ลาดพร้าว is a 44-storey condominium project by Major Development. This unique property will consist of 313 residential units offering one-bedroom, two-bedroom, three-bedroom units and penthouses. The building will contain retail on the first few floors.

M Ladprao raises elegantly up from its concrete base to provide unobstructed views of Chatuchak Park (สวนจตุจักร). Chatuchak Weekend Market is very famous, it is on the must-see list among many tourists.

This is the third M project and it is called M Ladprao, it is located on Phaholyothin Road (ถนนพหลโยธิน) opposite Central Plaza Ladprao and the 5-star hotel Centara Grand at Central Plaza Ladprao. There are not that many high-rise condominiums in this part of Bangkok and some of the most interesting new developments include the Issara Ladprao and another project from Major Development called Equinox. Equinox is a so called mixed use development that is also located on Phaholyothin Road. The two Equinox high-rises encompasses residences, office space and a community mall.

M Ladprao won an architectural award in the Asia Pacific region in 2012 from International Property Awards. M Ladprao won the “Highly Commended Architecture Multiple Residence” award. A team of architects at Palmer and Turner (Thailand) has designed M Ladprao. For your information, Palmer and Turner is a global company and I am only happy to mention that the company has also designed Reflection in Jomtien and WaterMark Chaophraya River that you can view from the boardwalk at Asiatique The Riverfront. Both Reflection and WaterMark are developments by Major Development.

It is a funny coincidence that the nearby development Issara Ladprao also won an architectural award in the Asia Pacific region in 2012 from International Property Awards. The architectural company Duangrit Bunnag Architect Limited won the “Highly Commended High-rise Architecture” award for Issara Ladprao.

Construction started march 2012 and the project will probably be completed by the end of 2014. 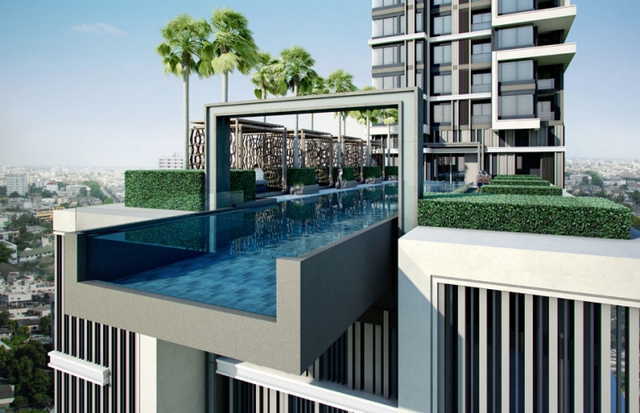 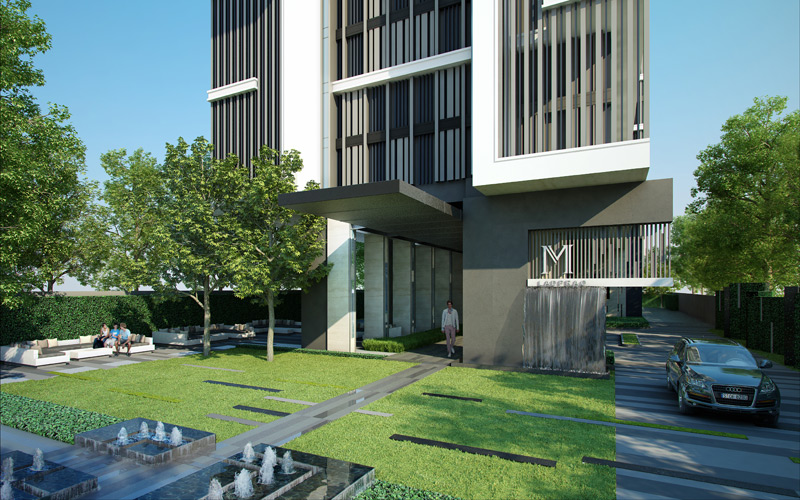 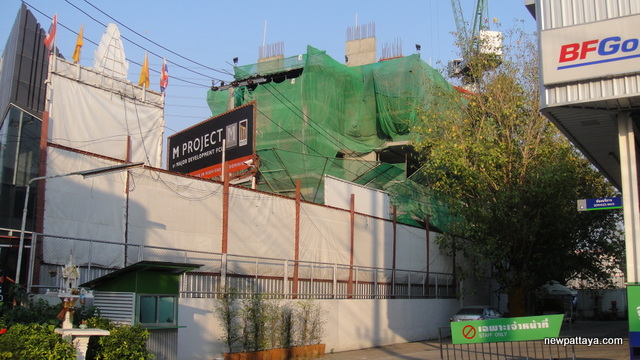 The building has reached the 6th or 7th floor in january 2013. 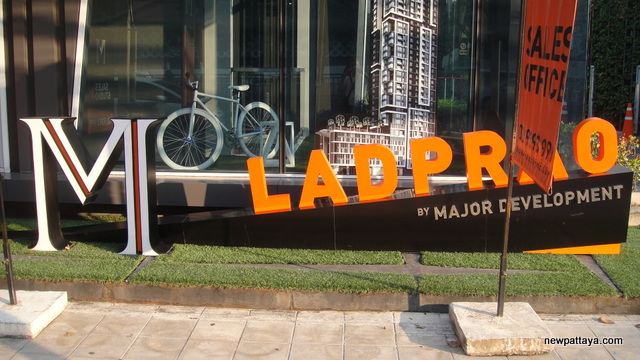 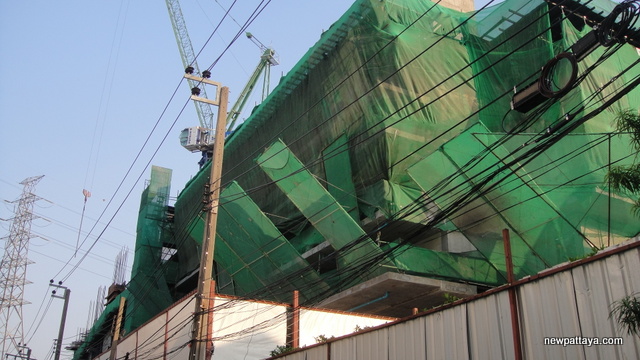 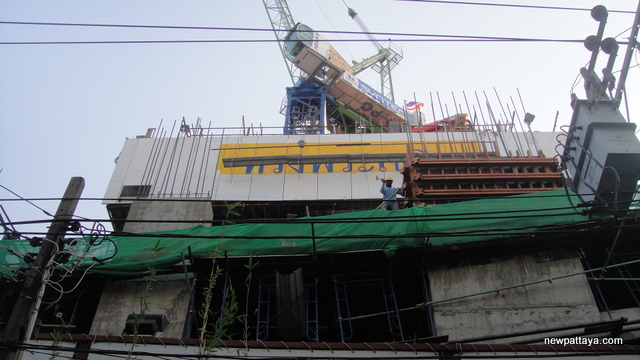 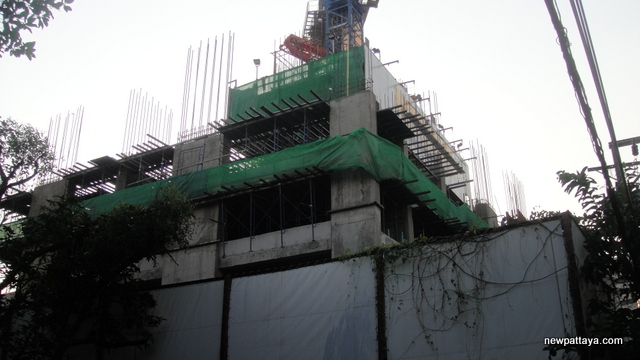 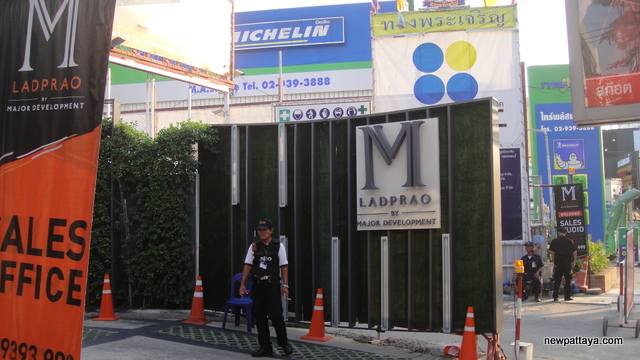 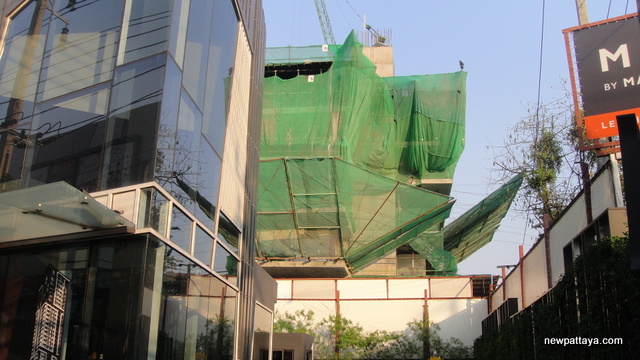 The building is about to be topped off. It has taken a little over 1 year for the building to reach its full height. 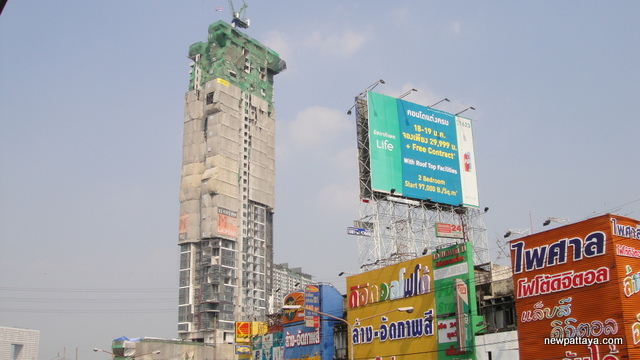